After the COVID-19 pandemic cancelled live performances for the past two years, the 2022 Royal Nova Scotia International Tattoo roared back to life with an exciting show at the Scotiabank Centre from June 25 to July 2.

“It’s been a long haul and a hard time through the pandemic but we’re finally here, in person again, and it’s great to be back,” said Scott Long, managing director and executive producer for the Tattoo, at a special launch prior to the event to highlight some of the performers.

The line-up featured local and international performers, including 14 Canadian Armed Forces bands, the German Army Band and, for the first time at the Tattoo, the Jordanian Armed Forces Band.

Regular performers at the Tattoo included crowd favourites, such as the Flying Grandpas, the Tattoo Massed Pipes & Drums and the Tattoo International Highland Dance Team.

Making their Tattoo debut this year were the German Bicycle Team and High Flyer RB3, a circus group from Quebec, along with local performers, such as Anastasia, a Halifax-based aerial circus performer, Zamani, a young award-winning singer who grew up in Nova Scotia, and Eastern Eagle, a group of Mi’kmaq singers from the East Coast who have performed at pow wows internationally.

Also as part of the show, a special performance paid tribute to the No. 2 Construction Battalion, a segregated, non-combatant unit of Black soldiers who served during the First World War but had to fight racial prejudice and discrimination at every turn — to join the war effort, while serving overseas and again upon their return.

In the lead up to the federal government’s formal apology for the mistreatment of the No. 2 Construction Battalion, 24 current serving CAF members from across the country — dressed in uniforms from the First World War — took part in an historic recreation of the unit’s homecoming, reimagining it as the reception they deserved but didn’t receive at the time.

“It’s been a great honour to work with so many incredibly talented and accomplished soldiers,” said Second-Lieutenant Jerome Downey, an officer with the Princess Louise Fusiliers in Halifax who headed up the group of CAF members performing the scene at the Tattoo.

The great-grandson of Private George Alexander Downey, one of the members of the No. 2 Construction Battalion, 2Lt Downey has had a lead role in the planning for the national apology, which was held in Truro on July 9.

In a written account of his connection to the unit, 2Lt Downey said he feels honoured by what he’s learned about the impact of the battalion, and to be part of their story.

“I’ve been blessed with amazing opportunities as a Canadian and I wanted to give back. The fact that my great-grandfather was denied the opportunity to serve in a combat role for which today, as an officer, I’m training to lead, is not lost on me,” he said.

The Tattoo’s director said the Tattoo was grateful to be able to feature the tribute and gave thanks to 2Lt Downey for his leadership in putting it together.

In total more than 250 CAF members took part in the 2022 Royal Nova Scotia International Tattoo, including rappellers from the RCN’s Naval Tactical Operations Group and participants in an exciting tri-service obstacle course that featured teams from the Royal Canadian Navy, the Royal Canadian Air Force and the Canadian Army.

“The Tattoo really does celebrate our military culture and traditions,” said Rear-Admiral Brian Santarpia, Commander Maritime Forces Atlantic and Joint Task Force Atlantic. “It lets us show how proud we are of what we do. It’s great to be back at it.” 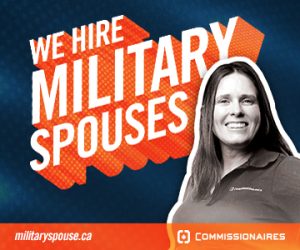 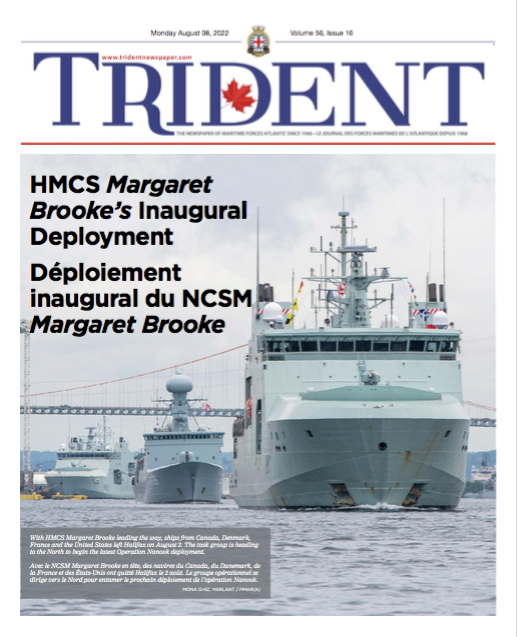