The nationally acclaimed Trident Military Newspaper has been bringing the latest in East Coast Navy news to military personnel in the Halifax area since 1966. Its pages are filled with current news items as they relate to the Canadian Armed Forces’ domestic and deployed operations, and sports, recreation, and health-related columns geared to the military, veterans and military family. 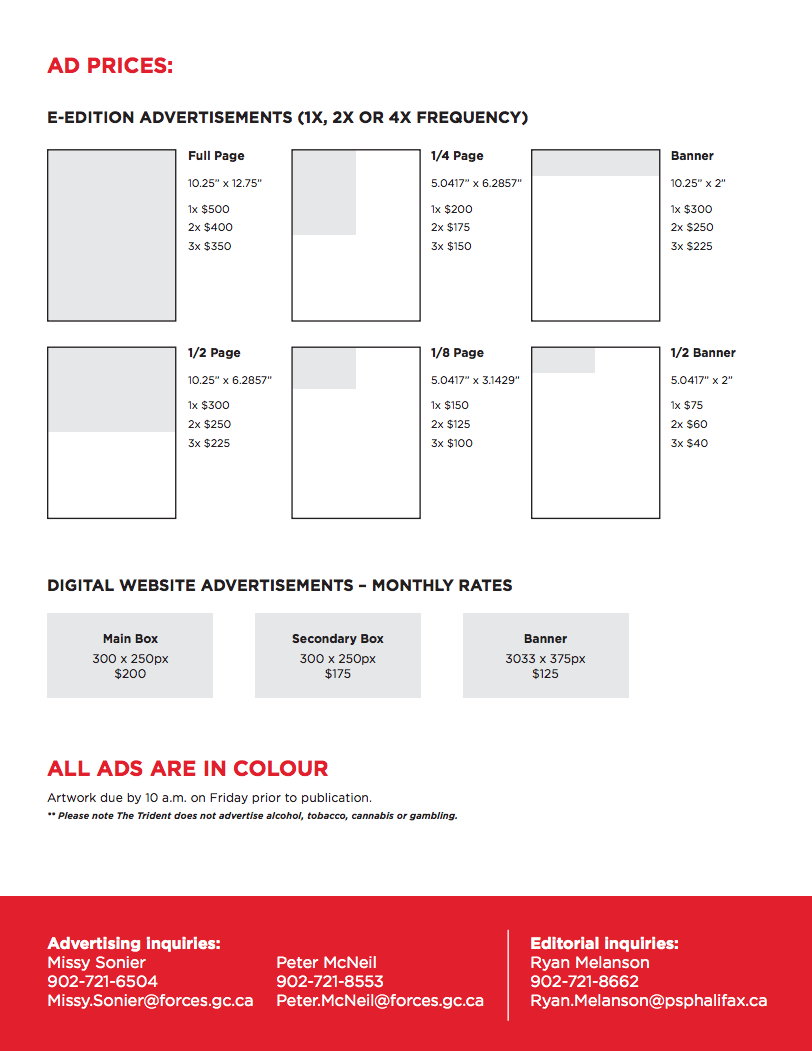