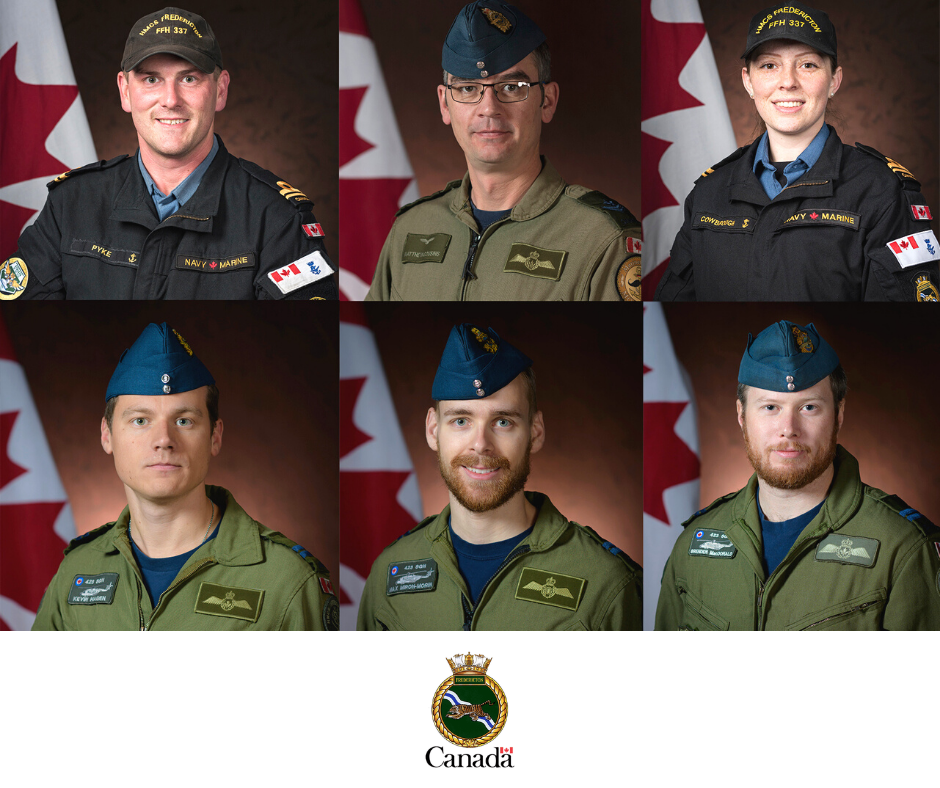 On May 9, 2020, the Office of the Chief Coroner for Ontario identified the partial remains of Captain Brenden Ian MacDonald, one of the six military members killed in the Canadian Armed Forces (CAF) helicopter accident on April 29.

During the recovery efforts, partial remains were discovered and have now, through DNA testing, positively been identified. Captain Brenden Ian MacDonald, a Pilot, was originally from New Glasgow, Nova Scotia. Captain MacDonald’s family, and the families of the other crew members lost in the accident, have all been notified of this identification.

Sub-Lieutenant Abbigail Cowbrough was previously identified, and four other members are presumed dead, after the crash of a Royal Canadian Air Force (RCAF) CH-148 Cyclone helicopter.

Still missing and presumed dead are:

The CAF are providing our members and their families with as much support as possible, including a wide range of resources to help them through this difficult time.

A RCAF Flight Safety team continues to investigate the circumstances of the accident while recovery efforts and search for additional remains will continue.

The CAF community expresses its deepest condolences to the families, friends, and colleagues of all our six members. We hope that they can find some comfort in knowing that we are all grieving with them.