The latest milestone moment for the RCN’s third Arctic and Offshore Patrol Ship (AOPS) took place on January 23, with two mega-blocks of the future HMCS Max Bernays rolled out of Irving Shipbuilding’s assembly hall to be joined together. The centre and stern mega-blocks of the ship are now dockside, and will soon be joined by the final bow mega-block. The company noted this is the first ship of the AOPS program to have propellers installed indoors prior to leaving the assembly hall, putting it on a shorter timeline to completion. 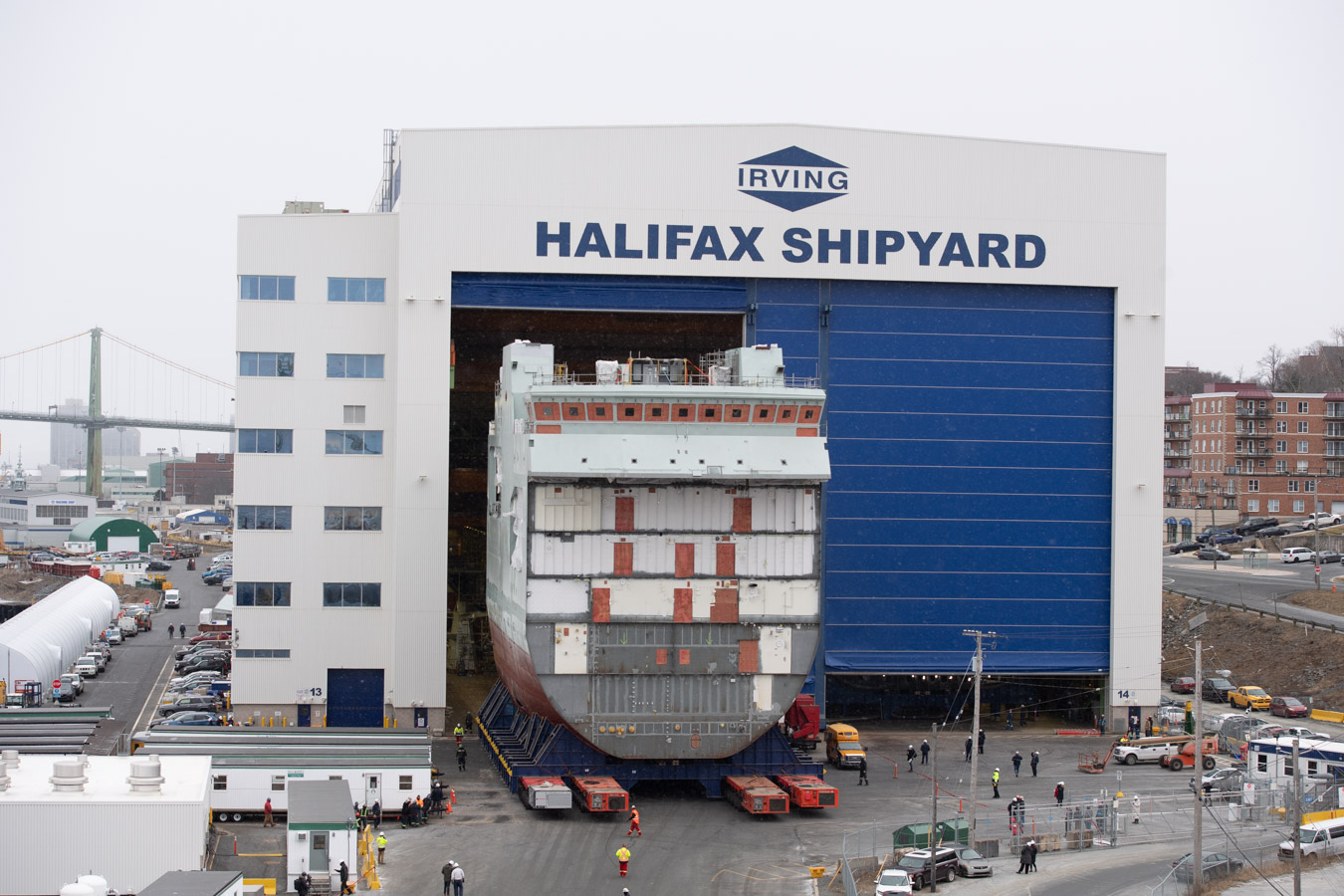