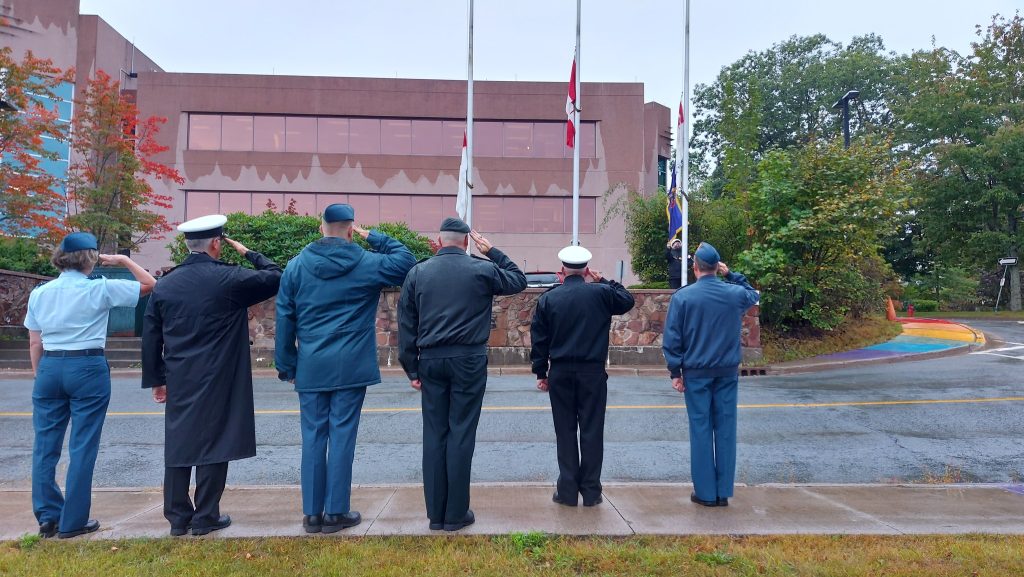 In honour of the 53rd anniversary of the Royal Canadian Chaplain Service (RCChS), the chaplain flag was raised at CFB Halifax headquarters and Admiral’s gate on Friday, September 23. Did you know that chaplains have been serving the Canadian military since the Boer War? The RCChS itself dates back to the unification of the Canadian Armed Forces in 1969 and was given the Royal designation in 2014. Remember, chaplains are available 24/7 to listen, help and support no matter the issue. For support during regular, daytime working hours at CFB Halifax, please call 902-721-8660. During silent hours and on weekends, the Duty Chaplain can be reached via the MFRC Admin Support Team at 902-427-7788.