Good running conditions and special Canada 150 promotions helped make this year’s 32nd annual Navy 10K one of the largest ever, with more than 800 military and civilian participants taking to the streets of Halifax’s North End for either a 5K or 10K run.

Capt(N) Jeff Hamilton, the new commander of MOG5, spoke to participants at the starting line on Gottingen Street about the importance of the annual event and the importance of fitness overall to the defence community, before putting on his own race bib and joining in for the 5K portion (he finished in 34:16).

“It’s important that we continue to find time for events like this. We’re always trying to find the healthiest work/life balance that we can, and to promote physical fitness within the community, within our families and amongst ourselves. This is a great way to do it,” Capt(N) Hamilton said.

Emcees Bobby Mac from Q104 and PSP Halifax’s Own Wally Bukowski took it from there, providing commentary as the race got underway. And for the second year in a row, LS Mark Brown, who is posted to CFLRS in Quebec, travelled to Halifax to make his presence known at the Navy 10K. After finishing first overall in the 5K event in 2016, LS Brown ran the 10K this year, once again besting all the competition and taking first place, crossing the finish line with an impressive time of 34:42. He had the added honour of being presented the 1st overall prize by Capt(N) Hamilton, his very first commanding officer from earlier in his career.

“I have a lot of respect for him, so it’s a huge honour. I wanted to challenge myself this year and I had a really good run,” he said, thanking his current coaches and chain of command for supporting his involvement in various running events through the season.

Of course, plenty of runners from outside the DND community also took part, including a standout from the 5K run – 10-year-old Abby Lewis was the first of the women runners to cross the 5K finish line with a time of 18:53, beating out her closest competitor by almost two whole minutes.

Some also had special reasons for being there. Melissa Doucette decided to come out for a 5K run on her wedding day, and was set to say her vows about seven hours after the 9:30 a.m. start time; she ran with a veil on, while her father Blair ran alongside with a ‘Father of the Bride’ t-shirt.

The day also saw about 75 younger athletes take part in the pre-race 1.25K and 2.5K kids runs, and the Rim Reapers wheelchair team took part in the full race, with nine para-athletes completing either the 5K or 10K distances.

PSP Halifax Fitness and Sports Coordinator Kevin Miller said he was happy to see so many people out for the run, and noted that numbers were coincidentally up by about 150 runners from the 2016 event. He also thanked the many sponsors that made the run possible and donated drinks, snacks and prizes for the participants, including Westjet, Lasik MD, Lululemon, Alexander Keiths, Via Rail, Subway, Harding Real Estate, Atlantica Hotel, Q104, and more. Draw prizes handed out include a $500 Via Rail voucher, hotel stays, headphones, barbecues, and the grand prize was a WestJet travel package, including accommodations, to the Army Run in Ottawa on September 17.

Some final prize draws are still to come, as they will include all those who participated in Navy 10K satellite runs outside of Halifax; including HMCS Charlottetown, who did their satellite event in Helsinki, Finland while deployed to Op REASSURANCE.

The overall best times for the race were: 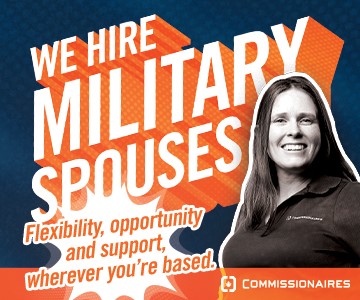